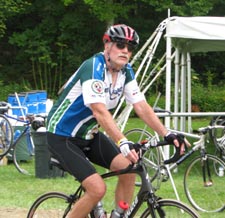 The Camp Challenge Ride is an annual charity cycling event to benefit The Hole in the Wall Gang Camp located in Ashford, Connecticut. This was the fourth year that Peter completed the challenging 100 km course through the rolling hills of northeastern Connecticut, raising over $16,000 since 2009.