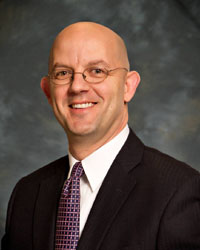 In his expanded role, Mr. Lynch will be responsible for the financial operations of the Company including accounting, finance, taxes and financial reporting. He will continue to focus on project financing, property refinance, capital formation and equity structuring related to the existing portfolio and new developments, as well as acquisitions and dispositions.

“Since joining the company in early 2012, Scott has demonstrated superior skill and depth of knowledge,” said Mr. Wakim. “We are pleased to have him lead our finance team.”

Mr. Lynch has over 15 years of experience in real estate finance and accounting. Prior to joining The Simon Konover Company, Mr. Lynch held interim senior financial consulting positions at two Boston area real estate companies. Prior to this, Mr. Lynch served in various financial capacities at Northland Investment Corporation for more than a decade. Mr. Lynch has a Bachelor of Science in Business Administration and a Master of Business Administration from Bryant University.